Are you fed up from running pillar to post to get your civic problems addressed?

Forget such worries now, PMC (Patna Municipal Corporation) has come with an app “City Of Patna” to solve all the problems of Patnaites. All you need to do is “click a picture of the civic issue you want to get addressed and post it on the City Of Patna App. PMC has set a turnaround time of 24 hours to address reported issues.

Though the civic body had launched the application in October this year. However, it was stuck due to a few technical issues. Now, PMC claims it has fixed all the problems and now the app will function without any hiccups. One can download the app directly from Google app store or can visit PMC’s website, www.pmc.bihar.gov.in, and find the link to download the app there. 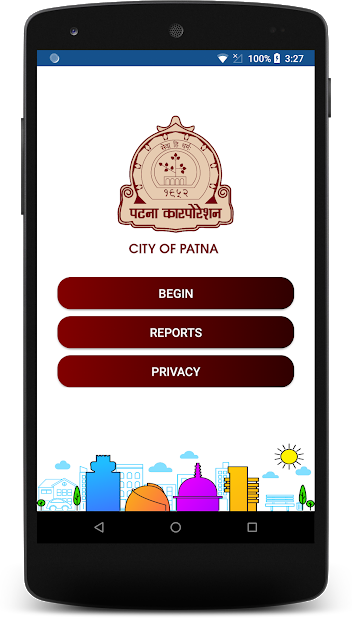 The app was unveiled by the urban development and housing department (UDHD) minister, Maheshwar Hazari, in order to promote e-governance in the state. This app will cover all civic issues; be it, garbage, drainage, streetlights, encroachment, dead animal, or illegal constructions.

This app has been launched under “Swachh Survekshan Abhiyan” being conducted by the Union ministry of urban development that talks about getting people’s civic grievances addressed with the help of the mobile application. As per the norm, the civic body of state can either popularize the use of “Swachhta Application” (launched by Union Government) or can come up with their own swacchta app.

To ensure that there is no laxity on the part of the officials concerned, senior civic officials will directly monitor the complaint and will see whether officials have solved the complaint within the specified time or not.