Nikhat Fatima, a lady from Muzzafarpur, Bihar, has topped the leaderboard of Jio sponsored KBC this time.

‘Play along’ which is a game on Sony Live App, using which you can play along with the live contestant on TV, and win points along with many other prizes.

Nikhat Fatima, from Muzzafarpur, Bihar won this season, as the last episode was telecasted on Friday last week. She said – “the game started on 3rd November, and I have been playing since that day. Me along with my husband, Kashif Raza, never missed a single episode and my husband managed to get on 5th position. He also won TV”.

Nikhat got Mahindra Marazzo Car as winning a prize. Amitabh Bachan while awarding her said, “One who tries always wins, and Nikhat is a live example of this.” 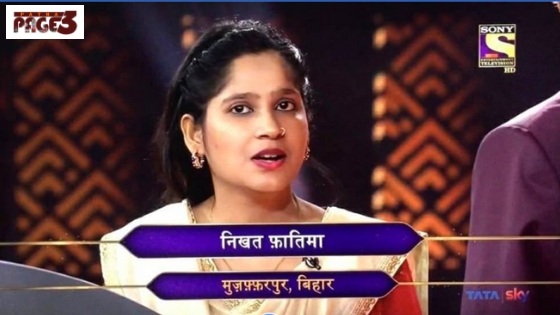 KBC (Kaun Banega Crorepati) 10 premiered on September 3 and was telecasted, Monday to Friday at 9 PM. Since last year KBC along with Jio, its sponsor, introduced ‘play along’. To register in KBC Play along all you need is to download the Sony Live App which contains KBC Play along with the section.